Did you know this about Pandora?

Her first single, Trust me”, was released in 1993. It was a monster hit and ended up being the most sold single in Sweden that year, beating artists like Ace of Base.

She has released 25 hit singles and recorded 15 music videos. Among her single hits around the worlds are songs like “One of us”, “Tell the world”, “Don’t you know”, “A little bit”, “Come on and do it”, “Don’t worry”, “Smile n’ shine” and “This could be heaven”.

In 1998 Pandora sang the the special written for her official German song for the winter olympics in Nagano, Japan, “Let your spirit fly”. She was also flown there to perform it live to the athletes and media from around the world.

She has sung in several different languages, like Japanese and Russian.

Tell the World was Nr 1 for six months at Radio ZIP FM in Nagoya, Japan 1996. 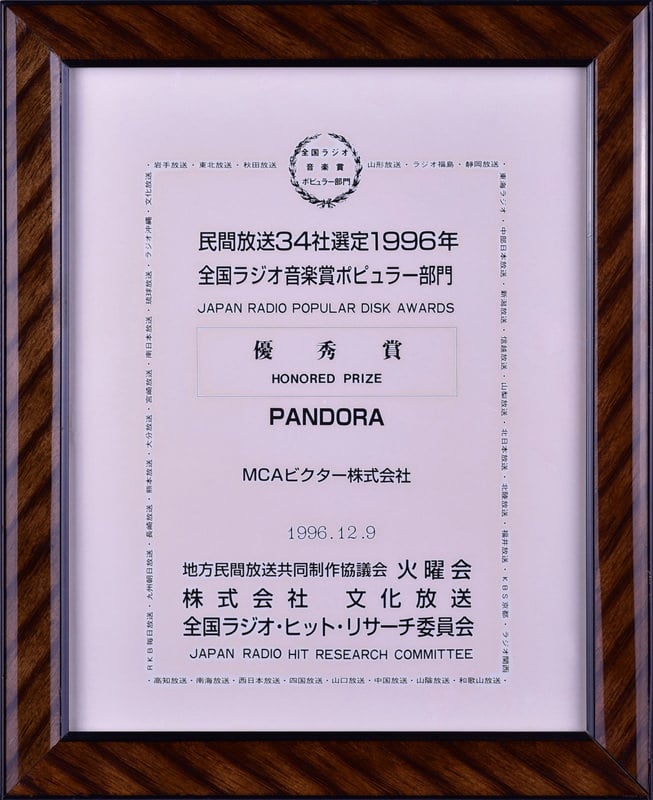 Pandora recorded a special for her composed song called "Spirit to win" as the German TV ARD Official Winter Olympic song for Nagano 1998.

In England she got a lot of attention and headlines as the Swedish pop singer who was “robbed” of her song ”On a night like this” after Kylie Minogue having recorded a cover version of it. Pandora’s version was released in 1999 and one year later Kylie performed it at the opening ceremony of the Olympics in Sydney, Australia. The versions were identical. 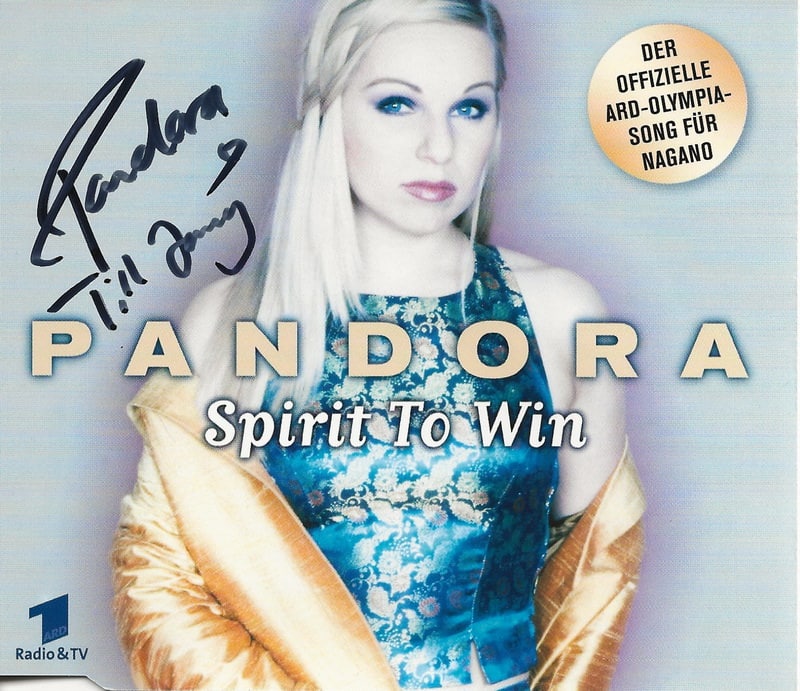 Pandora had a burger meal "Pandora's meal" and a coffee drink "Pandora's Kiss" named after her in Finland, cupcakes in Japan and a “Pandora Barbie doll” in Australia, looking like her in music video "A Little Bit" 1999.

She has made duets with Eric Martin, from world famous rock band Mr. Big, and Ireland’s three times Eurovision Song Contest winner Johnny Logan among others.

She has competed in the Swedish Melodifestivalen on two occasions, 2003 and 2004. The songs were ”You” and ”Runaway”.

A Pioneer of her genre

Up until today Pandora has sold more than 6 million records, receiving 19 gold and platinum awards.

She has been called ”a pioneer of her genre”. 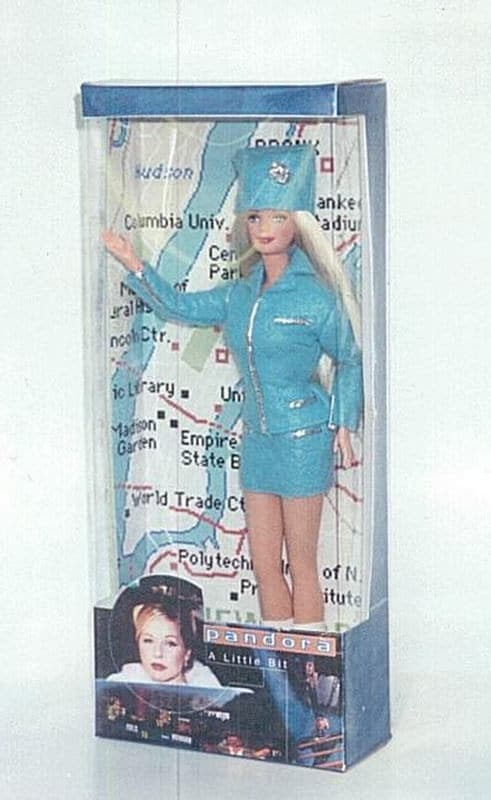 Pandora has released 12 studio albums and several compilations so far. These are: 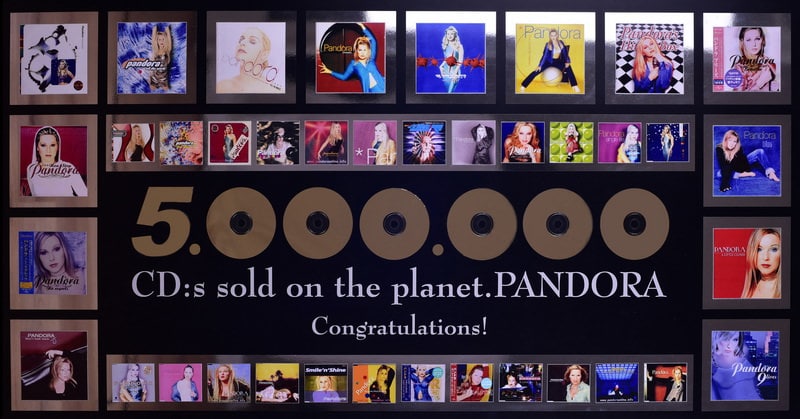 In the free time she rides her mountain bike. The MTB in the photo was a gift for Pandora's 50th birthday by her fiancee Mikko Peltonen 2020.

Her life is divided between Sweden and Finland where she works and spend time with her finnish fiancee.

She was booked to perform acoustically to the Swedish King Carl XVI Gustaf. 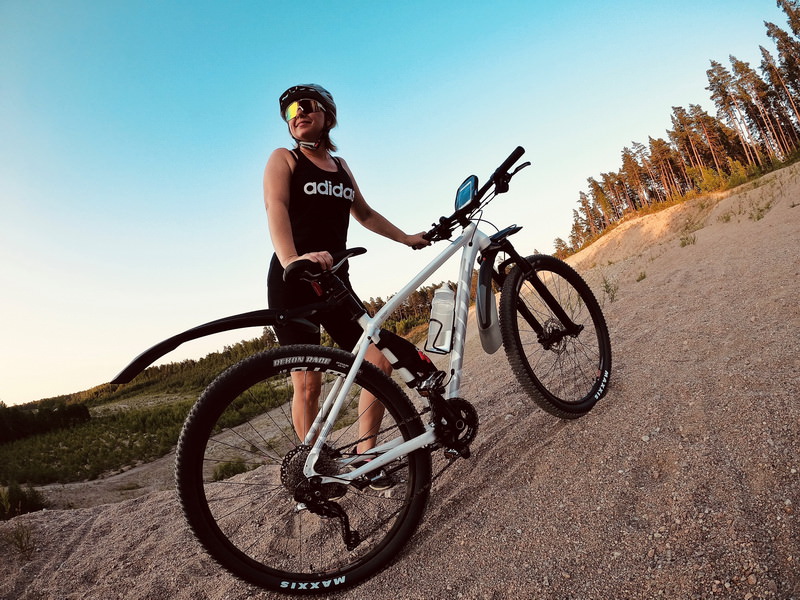 Her latest big hit in Finland was ”Drottningen av Åland”. A collaboration between Pandora, Radio YLE X3M and JS16. She received an award (in the picture) for the most played song 2012.

Her latest video Why - Magistral was nominated as the best international video of the year in Ringa at OE Music Awards 2012. 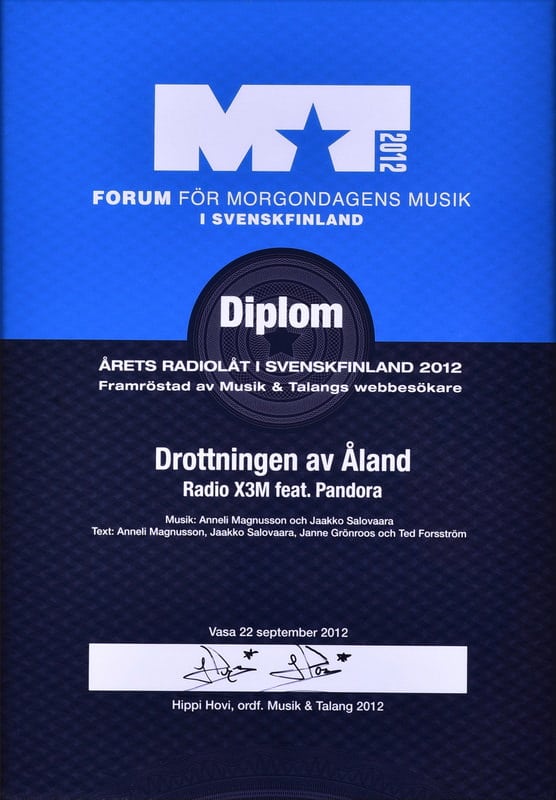