Pandora sold more than 2 million albums in Japan. She set a record by being the best-selling international artist for her record label throughout the label’s active years.

Mr. Tatsuya Nakamoto worked closely with Pandora as her marketing manager from 1996 until 2000. Mr. Nakamoto answered to this interview by email.

Please, tell me about your career in the music industry, and how did you end up working with Pandora?

– First of all, I entered the company called MCA Victor Inc. (at that time Panasonic bought MCA label and it was a joint venture company and changed its name to Universal Victor Inc.). I worked for that company from 1991 to 2000.

– When Pandora released Tell the World album in Japan in 1996, I was a promoter for Universal Music at Nagoya area. It’s the third biggest market in Japan, the first is Tokyo and second Osaka.

– Basically, the market share in Japan was approximately 10 %, but when we got Tell the World album, I asked radio directors to play the single, and the market share raised up from 10 % to more than 40 %, so I was moved to Tokyo and became a marketing director for ROW (rest of world, not U.S.). I was a second marketing manager for Pandora in Japan.

Can you give me some examples of Pandora’s success in Japan?

– Also, we got a big commercial deal with the Japanese cosmetics company Noevir in 1997. They used Pandora’s song ‘This Could Be Heaven’ in their tv commercial.

How was it working with Pandora?

– She was very hardworking, and I pushed her to work harder. When the US and UK artists come to Japan for promotion, they only tour around 3 places at most, but Pandora toured around more than 15 places for promotion without any complaints. She also gave comments for many radio stations in places she couldn’t go. In between, I took her to tourist places.

– One thing that impressed me very much was when she was recording the album Changes in Stockholm. I went to the studio, and she asked me: “How should we arrange this part?” It was refrain. I suggested that she should cut the rhythm and play it in unison for four bars in the chorus section, and then just add the rhythm for four bars, and then put it back in. I was a little surprised when it actually came out sounding the way I said. I think that perhaps I got her trust by presenting the idea at that time.

What do you think that was her secret on the Japanese market? I have heard that she was called Panchan in Japan. Do you have any memories to share about her Japanese fans?

– People felt very close to Pandora because she visited in various places all over Japan.

– In Japan, it is usual to call close friends by adding ‘chan’. So, she became Pan-chan.

– There were loyal fans at that time, but unfortunately, I don’t have memories with them.

– She sang live from a temple in Nagano for the 1998 Winter Olympics. It was a theme song for the German team. Universal Germany did all the planning for that, but I arranged the hotel and transportation. I can’t tell you how many hotels we couldn’t get because of the Olympics.

– The radio station ZIP FM played her single Tell the World a lot. So, her performance at the club supported by ZIP FM was sooooo enthusiastic.

– Actually, the song Tell the World was ranked #9 at Zip FM’s yearly single chart in 1996.

– I also remember that she loved to wear clothes designed by the Japanese fashion designer Issey Miyake.

How long did you work with Pandora?

Can you name some of the other artists you have worked with?

Pandora celebrates 30 years in the music industry in 2023. She just had a Platinum-streaming hit single in Finland last year and still performs to full venues. What, in your opinion, is her secret?

– Wow! Awesome. I think the secret is that she basically grew up in the world of hard rock, her musicality is solid, she can play an instrument, even though she never had a chance to show it in Japan. And she keeps her own beliefs.

Do you have any special greetings for Pandora? 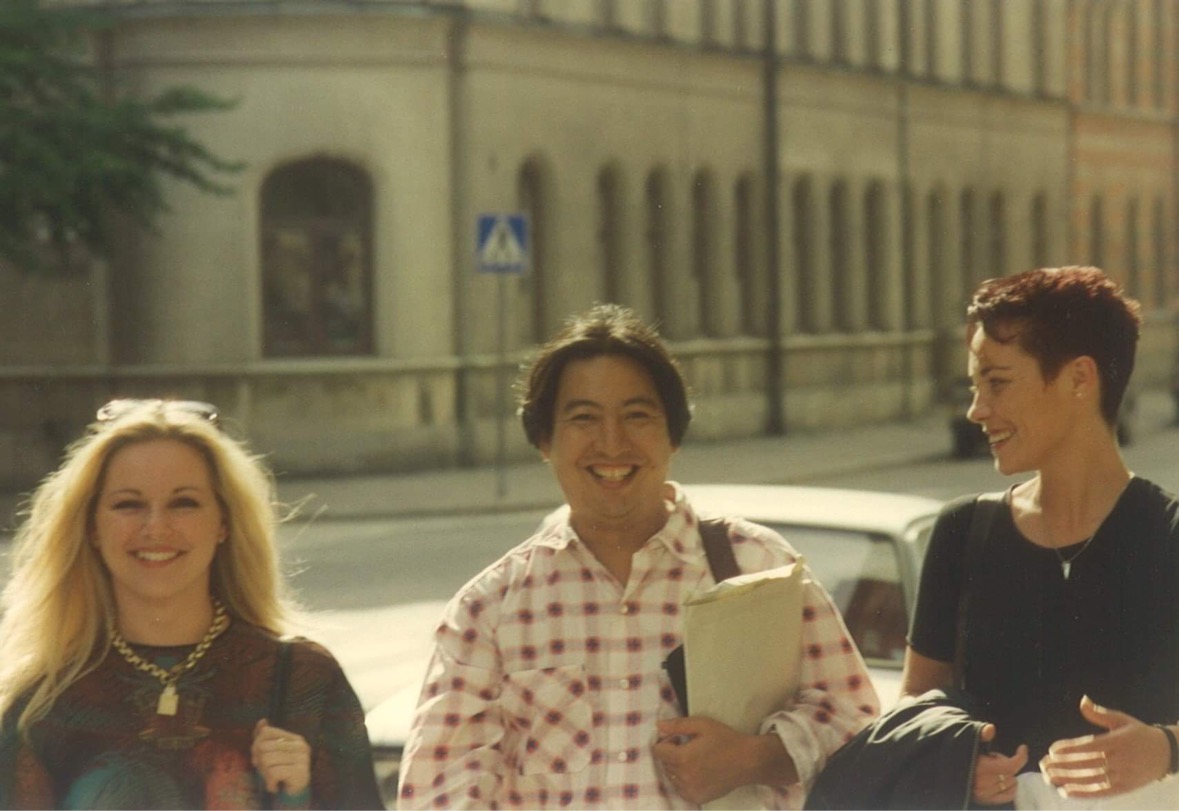 Pandora receiving an award for Changes in Japan. From left to right: Pandora, songwriter Mats Nyman, the boss of Universal Victor Inc. and Tatsuya Nakamoto.